The Beatles departed from their earlier records and pushed the boundaries of rock and pop music by releasing their innovative and seminal album Revolver. Capturing The Beatles’ new direction, and visually representing their sound, Klaus Voormann’s Revolver cover artwork became instantly iconic. 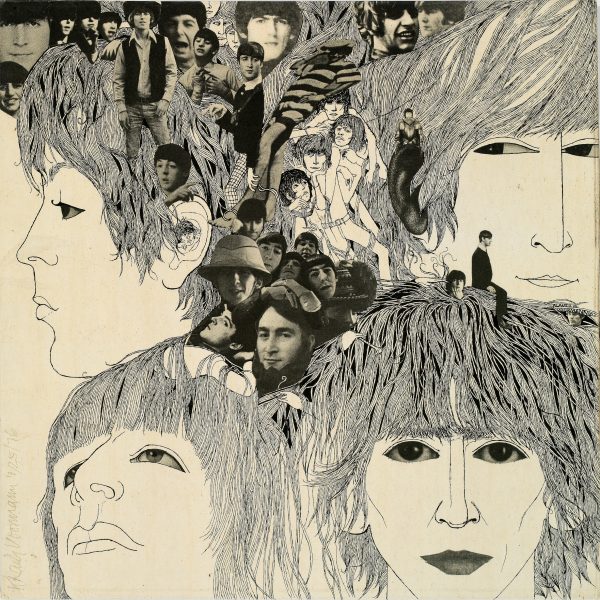 Unlike to the album cover artwork I was commisioned by Northern Songs LTD to design
the covers of the complete Revolver sheet music. I limited it to 4 different cover motifs each motif in 3 different colours. 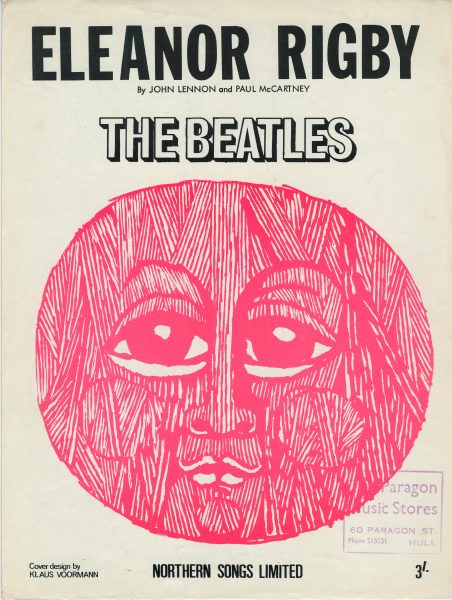 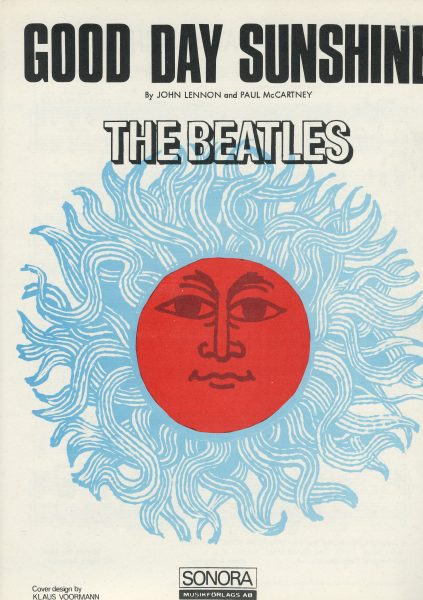 …AND THE GRAMMY GOES TO

….and the grammy goes to…

It was the first Grammy awarded to a graphically designed record cover for a rock and pop album. Klaus Voormann’s legendary design stands today as a mile- stone of album artwork.

The 9th Grammy Award ceremony was held on 2nd March 1967, at the Beverly Hilton hotel in Los Angeles. The winners included a young graphic designer who, even in his wildest dreams, never expected to win the recording industry’s most prestigious honour. 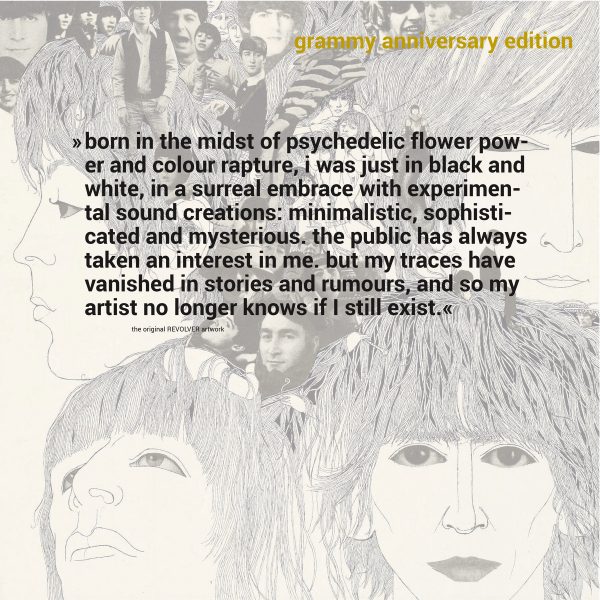 MILESTONE OF MY LIFE

The Beatles’ REVOLVER album is a milestone in popular music history and cover artwork. Latter is „THE“ milestone of my graphic work. Many people – myself included – have been waiting a long time for the release of a box set. Finally sales launch is scheduled for October 28. Beside 4 other physical products, there are 2 Super Deluxe Box Sets – one CD- and one Vinyl edition. I am pleased to be part of it by collecting a short version (7 pages) of my graphic novel for the attached hardcover book. You can find the whole Story, inter alia as detailed graphic novel, in my book „birth of an icon REVOLVER 50“.
During the next weeks I am going to tell you more about the exciting topic „REVOLVER“. Some things may be new to you.

It moves me very much to see that for the very first time, the original final artwork is shown on the boxset cover of the Revolver Super Deluxe set  the way I drew it 1966, without lettering and logo. My fee back in these days amounted 50 British pounds.
That launch brings back many beautiful memories as well as some painful ones. This includes that till today, I still do not know what happened to my original artwork. Supposedly, it disappeared without a trace.
Listen folks!
Wherever you might see it hanging or watching somebody passing your way while carrying it under the arm – let me know. 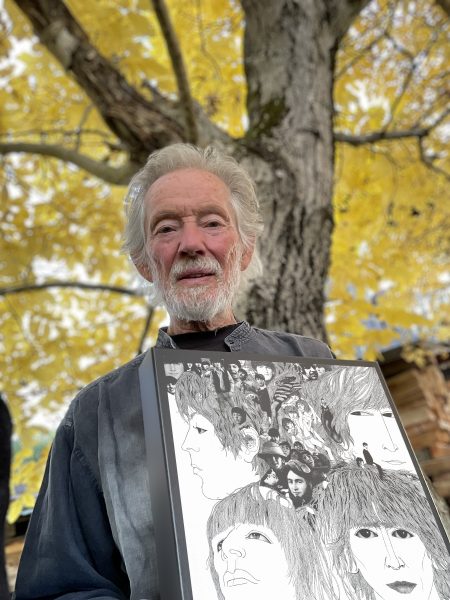 The release of The Beatles Revolver Super Deluxe Boxset, announced by Universal Music for October 28. causes excitement in the media world. This is also shown by international media request  and all my interview sessions for weeks now. Japanese journalists are calling in the morning, in the afternoon and evening U.S.A  radio hosts and interviewer and in between the European media. A bit exhausting for rock grandpas 🙂 but there are also a lot of nice things like meeting friends e.g. BR-radio legend Fritz Egner, also new acquaintances, among others with Thomas Steinberg  (covers many public radio stations) or the musician and camera artist Robin Karow and his film team.

Klaus Voormanns’ graphic novel about the cover artwork of the Beatles’ legendary album REVOLVER first appeared as key chapter in his book „birth of an icon REVOLVER 50.“, released  2016. In response to many requests, for the first time, the graphic novel will be released as a  limited hardcover book (English language) under the title ICONIC. In addition to the complete graphic novel, the book contains two more text stories, illustrations and photos. Excerpts of the graphic novel (7 pages) are also included in the hardcover book of the new „The Beatles Revolver Super Deluxe Boxset“.

HO, HO, HO….
the hardworking man in the photo is not Santa Claus at the North Pole.
No, it*s me, Klaus with „K“ and my busy “REVOLVER elves”. We all are  preparing
the shipping of my brand new ICONIC graphic novel book. The „elves” are packing and I’m signing each
book copy  till late at night. But I love it:
If you want to order it for a X-gift please hurry up. Most books are already sold of the worldwide limited edition of 1000.
Love, health and peaceful Advent season to all of you,
Klaus