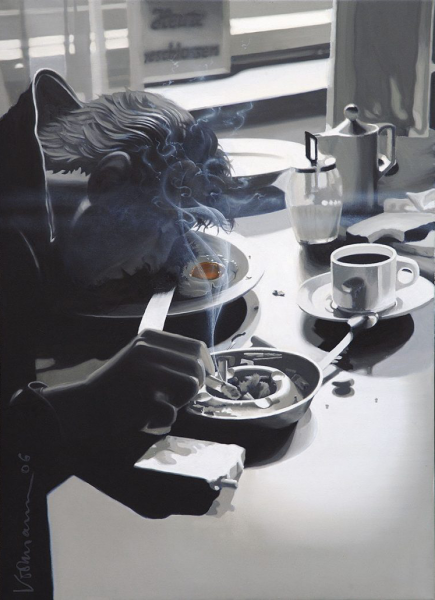 I remember a breakfast together with a preludindopted John who wanted to tell a funny story overtired and exhilarated. He waved his cigarette around when he suddenly stopped in the middle of the sentence, sank forward and landed in his breakfast plate with his head full in the fried egg. I thought it was again a typical John joke and laughed, but he slept and snored. After half an hour, he raised his egg-smeared head again and continued babbling.

Available in our shop