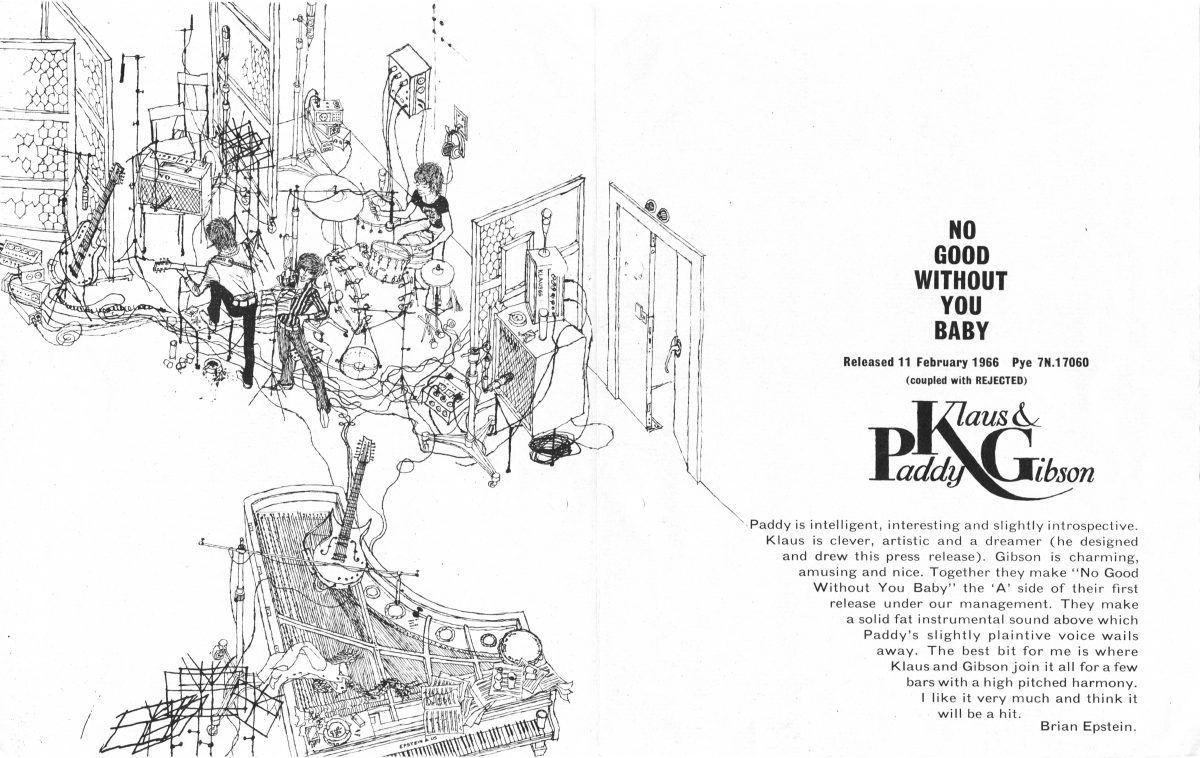 1966 Klaus had offers to join the Hollies, the Moody Blues, and Manfred Mann. He chose to join the Manfred Mann Band. During this 3-year period, the band produced several hit records e.g. Just Like a Woman, Ha Ha Said the Clown,Mighty Quinn, on which Klaus played flute and bass and sang backup to Mike d’Abo’s lead vocal. (The song Mighty Quinn by Manfred Mann is the only Bob Dylan song ever to hold the number one spot in the UK charts.)

In 1969 Klaus received another unexpected telephone request from John Lennon. John wanted Klaus to join his and Yoko’s new band, the Plastic Ono Band. And he wanted Klaus to get on a plane in two day’s time and fly to Toronto to play an unrehearsed concert with a band of four guys who had never played together! After some consideration, Klaus agreed. The four new band members, John, Klaus, Eric Clapton, and Alan White (a then unknown young drummer) flew across the Atlantic to play one show at the Toronto Music Festival. Their only rehearsal took place sitting in the back of the plane, with Alan White drumming on the seat in front of him.The Plastic Ono Band’s Live Peace in Toronto album is the only live performance by the original members of the band.